Embrace This Savory Side for National Stuffing Month 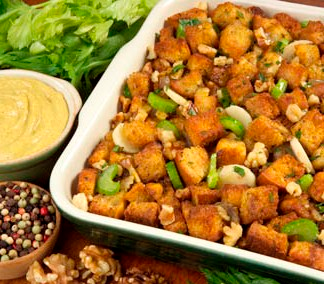 In the Middle Ages, stuffing was known as “farce” from the Latin word “farcire”, which meant “to stuff”. In 1538, the word stuffing first appeared in English print[1]. Most commonly, stuffing is a combination of starches such as bread crumbs, vegetables like onions and celery, and savory spices that goes inside of an animal such as a turkey. Stuffing can also be served as a delicious side dish alongside a Thanksgiving or Christmas holiday meal. Some prefer stuffing that is homemade from scratch while others may enjoy Stove Top brand boxed stuffing, which debuted in 1972 and has gained in popularity since. In fact, 60 million boxes of Stove Top are sold every Thanksgiving – that’s right 60[2]! 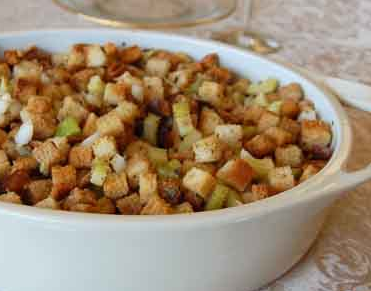 Try these seriously delicious and unique stuffing recipes for your holiday get together:

Before you start preparing your stuffing, be sure to check out these safety tips!

Thanksgiving Day will be hectic – save yourself some time with these hearty stuffing products: 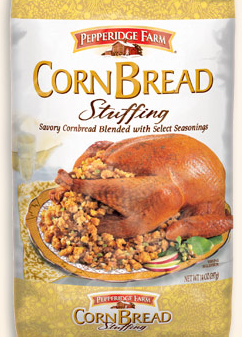 Pepperidge Farm Stuffing in varieties such as Cornbread, Sage and Onion and Unseasoned (add your own spices and flair!).

For those hosting Thanksgiving this year, you may feel daunted by the task of cooking and/or stuffing the turkey for your guests. Take some valuable tips on how to stuff your turkey and other do’s and don’ts from Butterball and their How To: Stuff a Turkey video!

How do you make your stuffing for Thanksgiving (and anytime) – from scratch, from a box or another way? Share in the comments below!